Using pooled mean group (PMG) estimation, the article tries to examine the impact of crude oil price, income, primary energy sources, electricity and financial crisis on the demand for crude oil in the six middle-income countries of South Asia over the period of 1988–2016, that is, 29 years. The use of PMG estimation enables us to get the short-run and long-run coefficients of comprised variables. Thereafter, dynamic ordinary least squares (DOLS) and fully modified ordinary least squares (FMOLS) panel co-integration techniques are performed to corroborate the outcomes of PMG estimation. Unlike PMG, DOLS and FMOLS panel co-integration methods examine the long-run determinants of oil demand in the presence of heterogeneity. Except for electricity, the coefficients of all other determinants are found in line with the results of PMG. However, the direction of the electricity coefficient is the same in the PMG and DOLS techniques. Therefore, the present study proposes the results of PMG estimation. The results suggest that the demand for crude oil is price inelastic and income elastic in the region. Further, the negative coefficient of electricity confirms that in the long run, electricity acts as a substitute for crude oil. Thus, the extensive use of electricity may help in reducing the demand for crude oil in the South-Asian countries. On the other hand, the primary energy is found complementary to crude oil in the selected countries over the study period. Finally, the coefficient of financial crisis, which is represented by a dummy variable, advocates that the financial crisis has a negative and significant impact on the demand for crude oil in the middle-income countries of South Asia. 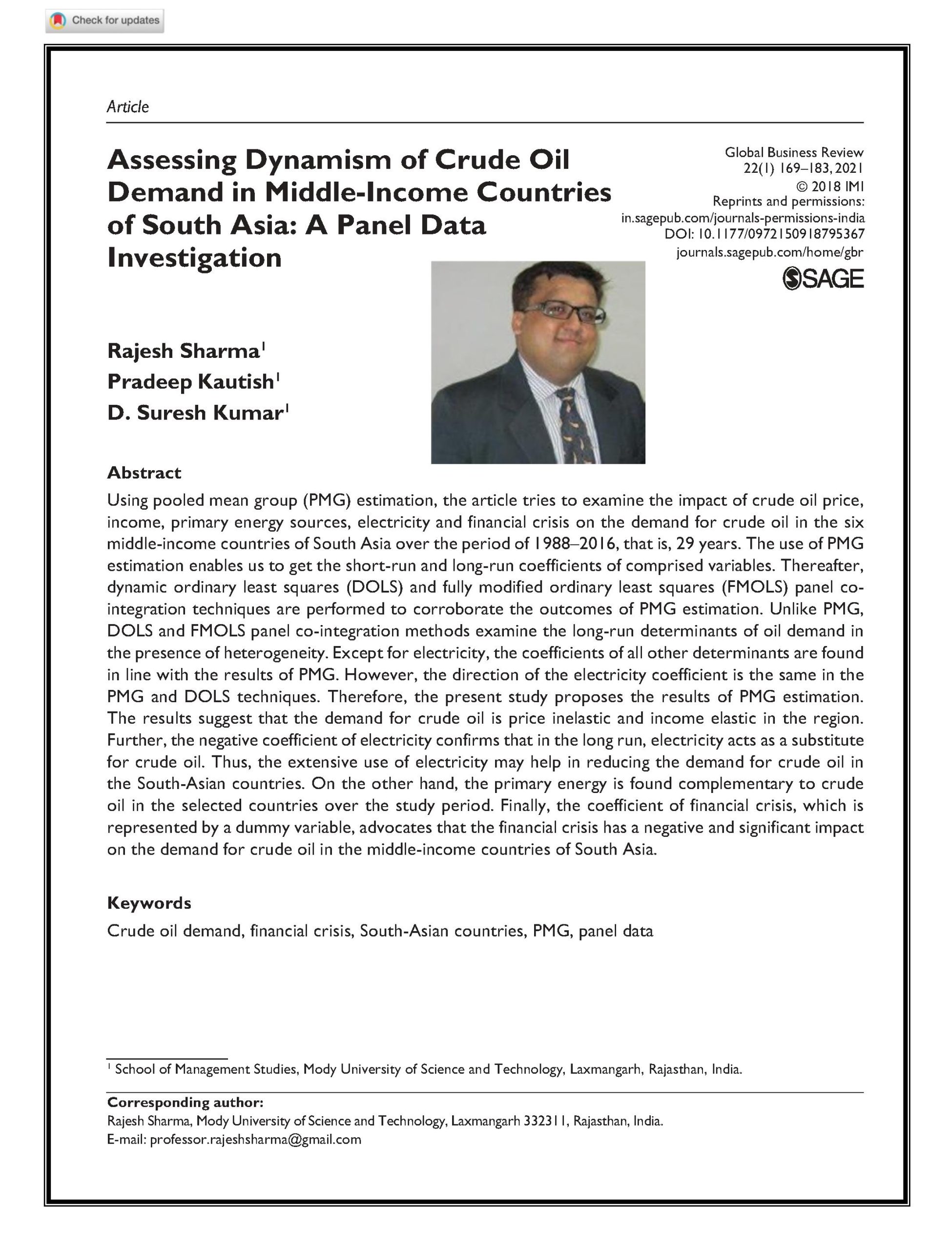